International volume of studies on Trianon

On the occasion of the centenary, a new volume of studies on Trianon has been published by the Institute of History, of the Faculty of Arts, UD. In addition to experts of UD, the Institute’s foreign partners also contributed to the volume.

2020 saw the 100th anniversary of the signing of the Treaty of Trianon, which formally ended WWI from a Hungarian point of view, in which the pre-war Kingdom of Hungary was shorn of two-thirds of its former territory and millions of its former inhabitants.

Several Hungarian research institutes and higher education institutions had been planning scientific events and commemorations for the anniversary, but most of them were derailed by the different waves of the pandemic. The international conference of the Institute of History of the University of Debrecen (UD) scheduled for May and then re-scheduled for November was also affected in this way, so the organizers decided to commemorate the centenary of the signing of the Hungarian peace treaty by compiling a volume of studies written in German and English by invited contributors.

In recent years the Institute of History has devoted a number of conferences and study volumes to examining the changes of the First World War and its aftermath. One of these is the volume Trianon 1920–2020 - Some Aspects of the Hungarian Peace Treaty of 1920, which contains three German and twelve English-language studies and was published in early February this year. 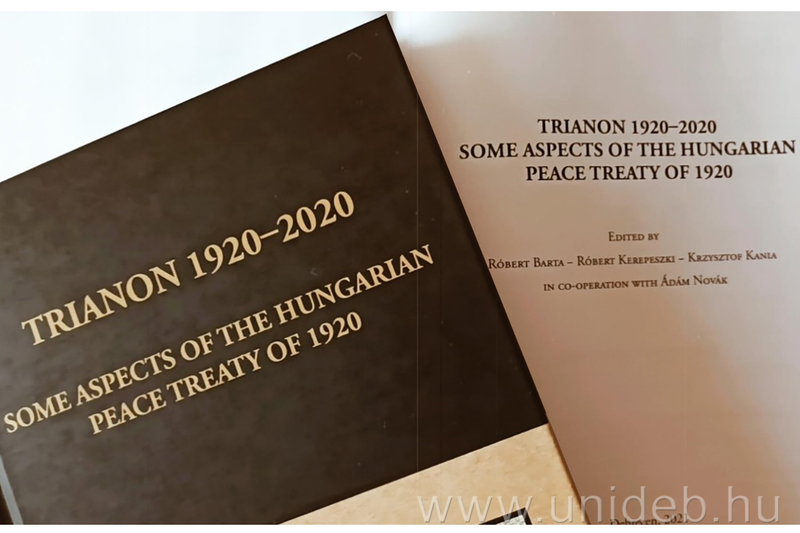 - In compiling the volume, it was an important aspect to publish new or novel aspects and approaches compared to previous Trianon interpretations, thus the younger generation of professionals working on the topic and the era were offered an opportunity to submit their works. In addition, it was our intention to provide the reader with a broader international, including European perspective, both in terms of topics and authors, Róbert Barta told hirek.unideb.hu portal.

- It was also important to approach the issues surrounding Trianon not only through the "classical" research framework of historical science, hence papers on church history, ethnography, historical geography, international cultural and humanitarian relations history are included in the publication, which will hopefully reach not only the professional public with its new contributions but also university students and the wider public, director of the institute stressed. 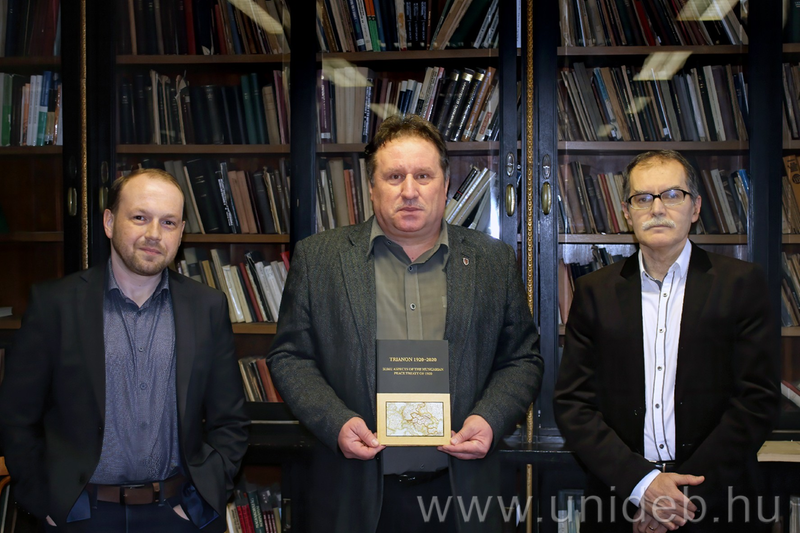 Most of the authors of the more than 250-page volume are lecturers at the University of Debrecen, including Róbert Keményfi, Professor of Ethnography, Dean of the Faculty of Arts, Réka Bozzay and Gábor Pusztai ,two lecturers of the Department of Dutch Studies, and Éva Mathey, Assistant Professor at the Institute of English and American Studies, and Róbert and Róbert Kerepeszki, the two historian-editor,also contributed a paper each.

One third of the papers in the volume are provided by foreign authors representing the academic life of four countries: Professor Manfred Jatzlauk (Rostock) from Germany, Professor Anssi Halmesvirta (Jyväskylä) from Finland, Church historian Maarten J. Aalders from the Netherlands (Kampen), who has been researching Hungarian-Dutch relations for several years, and Kinga Czechowska, two historians from Nicolaus Copernicus University in Toruń, Poland, and Krzysztof Kania, who was also involved in the editing.

Through their work, the publication not only promotes the interpretation of Trianon in a broader international perspective and context, but also strengthens foreign academic relations of the Institute of History and the University of Debrecen.

In accordance with the expectations of the 21st century, the publication is available not only in a printed version but on the website of the Institute of History, too