The quadruplets born on Thursday at the Department of Obstetrics of the Clinical Center of the UD will be released to their home in a few weeks’ time. The three girls and one boy are still in incubators, but all of them are healthy. The babies were conceived by way of in vitro fertilization.

Anna, Panna, Anita and Richárd were born by C-section on Thursday. The last time when quadruplets were born at the Department of Obstetrics and Gynaecology was in 2016, and before that 30 years ago. 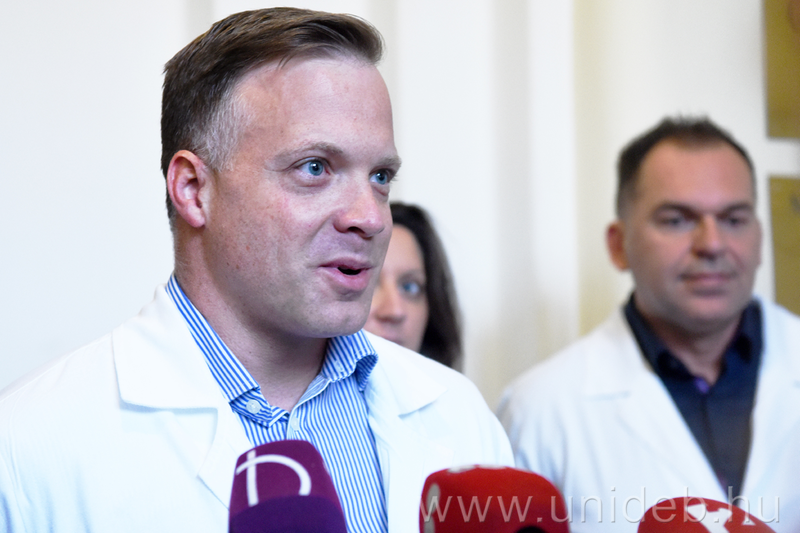 “We are very glad that once again we had quadruplets born at our department. The babies are in good condition, which is also ensured by the fact that we are fully committed to a family-friendly approach and were the first in Europe to receive the title of baby-friendly clinic. It is also important that the pre-term department is located within the same building with the department of obstetrics and we have excellent healthcare professionals working here. We are happy that the family placed their trust in us”, said Rudolf Lampé, director of the Department of Obstetrics at the Clinical Center of the University of Debrecen.

The babies were conceived by way of in vitro fertilization, and were born healthy, in the 32nd week of the pregnancy, with weights between 1,230 and 1,750 grams. For the time being, they remain in incubators, but they are developing quickly. 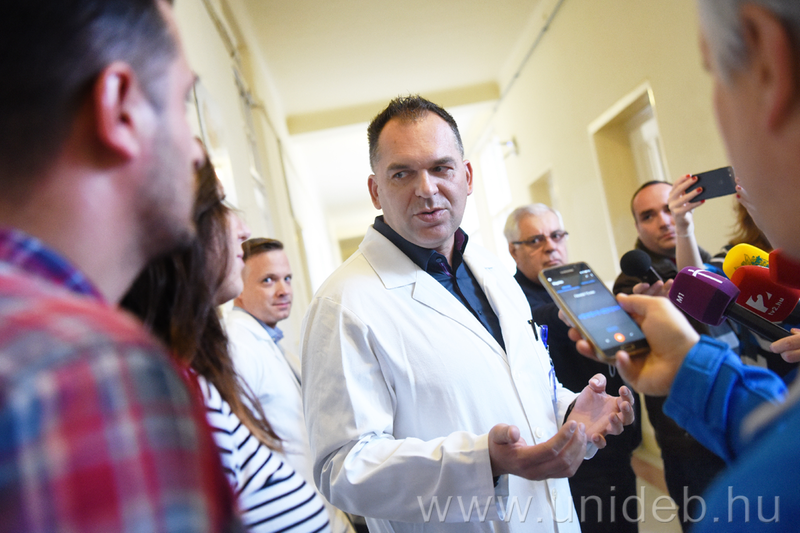 “Multiple pregnancy occurs more often when assisted reproduction techniques, such as artificial insemination is used.  In case of more foetuses, the risk of the pregnancy, including the likelihood of complications, is also higher, and for this reason, the mother was admitted to the hospital already in the 28th week of the pregnancy, so that we could keep her and the babies under more intensive observation. The birth started spontaneously in the 32nd week. The babies were born pre-term, but they are doing fine, developing nicely, and can soon be with their mother”, Tamás Sápy, assistant professor at the Department of Obstetrics of the Clinical Center of the University of Debrecen emphasized.

The 26-year-old mother had been trying to get pregnant for years, unsuccessfully, which is why they contacted Tamás Sápy, assistant professor at the clinic. The babies were conceived within half a year. 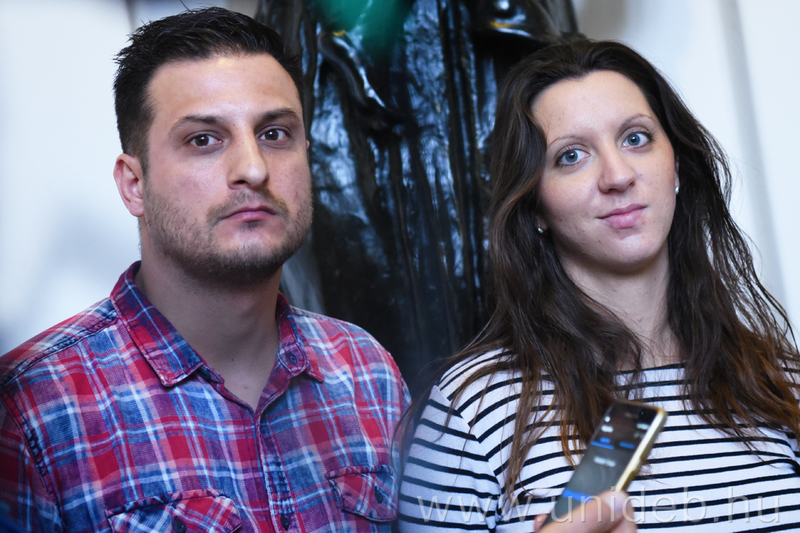 “We were very happy that I finally became pregnant. It was a bit of a shock when we first found out that there are four babies, but even at that time I decided that I would like to keep them all and give them a chance for life. We have made a very good decision, and are overwhelmed with happiness. I put every effort into bringing the pregnancy as close to full term as possible. It was very reassuring to know that there was such a highly prepared professional staff behind us: I have placed all my trust in them, and this is why we were able to go through with it”, the mother of the quadruplets, Anita Nagyné Kozák said.

The 33-year-old father also with his family at the clinic almost all day.

“I was very happy that there is also a boy, because initially we were told that there would be four girls. Now we are preparing to be as good parents as possible. This is a big responsibility, but this is what was our decision, and we will go through with it”, the happy father, Richárd Nagy, added.

According to the plans, the quadruplets will leave the hospital in a few weeks’ time.