Iron Man, Captain America and Spider-Man have all moved into the Ear, Nose and Throat Department of Kenézy Gyula University Hospital, UD. The wards have been decorated with pictures of superheroes by workers of a company, wishing to make sick children’s days spent at the hospital more bearable.

Two of the department’s wards, where sick children can spend their hospital days with their parents, have been decorated with wall stickers. 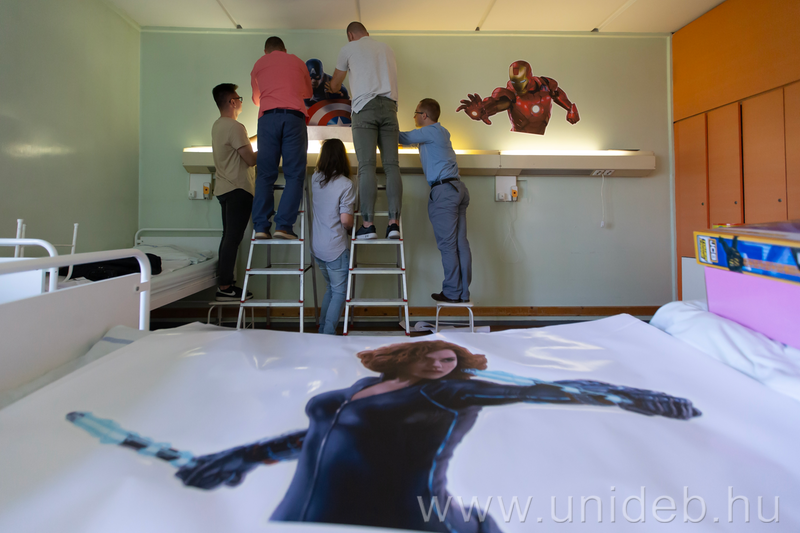 - I have a personal motive behind this offer, as a have two daughters of my own. If they were to be admitted to hospital, I would like them to be able to recover surrounded by nice things. Our company places particular emphasis on social involvement; this is how we have become blood donation company of the year. We have also repeatedly organised donations for people in need, said Zsolt Szmolinka, managing director of United Call Centers Ltd. 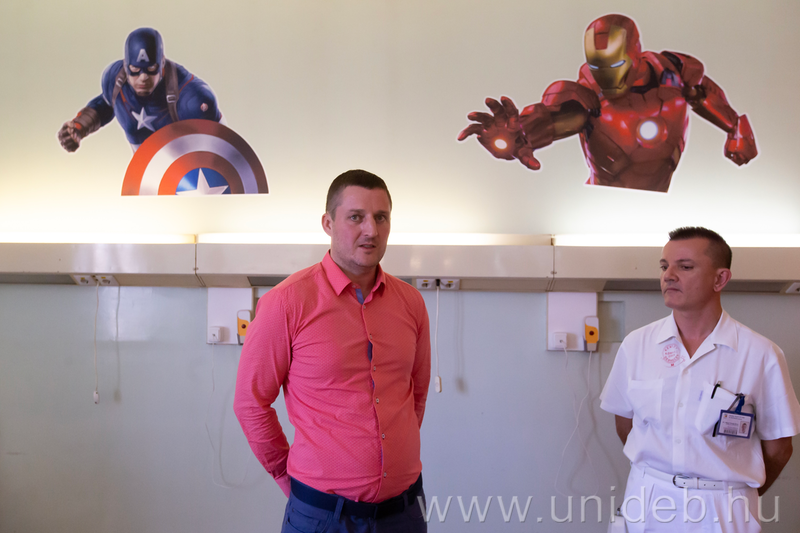 About 1800 surgeries are performed at the Head and Neck Surgery Ward of the Department of Ear, Nose, and Throat of Kenézy Gyula University Hospital, University of Debrecen (UD) every year, 800 of which are carried out in children. They are hospitalised primarily for adenoidectomy or tonsillectomy or both, or to have treatment for their chronic middle ear infection. It is with them in mind that we use various decorations to make their days spent in hospital nicer. 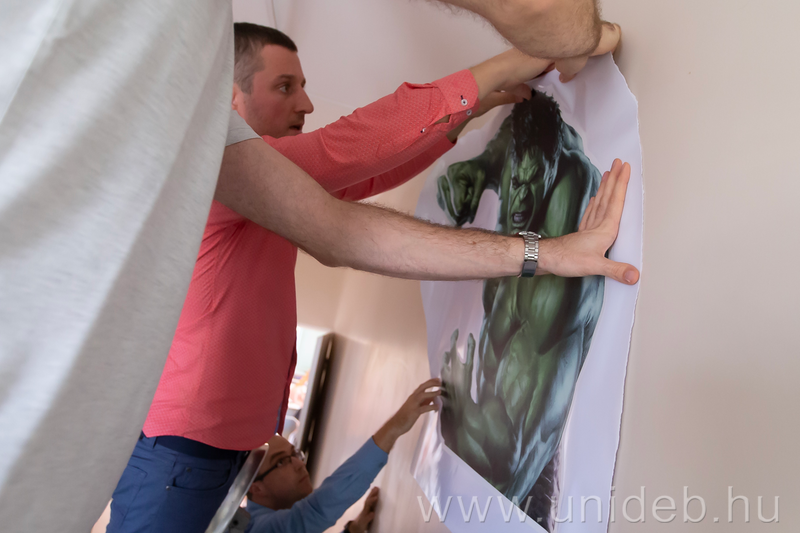 A few years ago, e.g., at the request of the hospital leadership, István Tamus graphic artist and his student painted some scenes from the „Hungarian folk tales” collection on the walls of two wards.

- We would like children to feel that they are in hospital to the least possible extent even when they are undergoing serious things. People in white gowns, tiles on the walls,  instruments - colourful decorations make the atmosphere lighter and children’s days spent in hospital more bearable, Tamás Major, Chief  of medicine stressed. 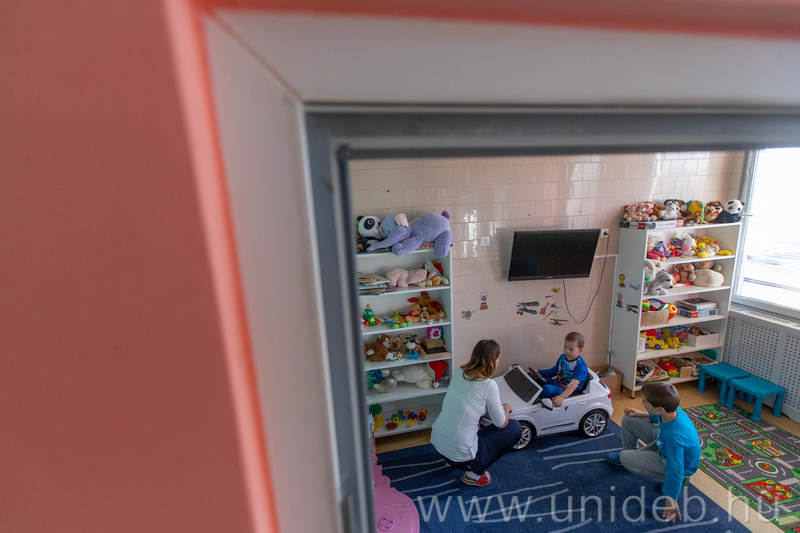 The company did not only decorate the wards but also donated new toys, which were placed in the playing room of the ward that had been furnished a few months before.