Nobel Prize Laureate Researcher At the University of Debrecen

UD has decided that the University of Debrecen Science Impact Award will go to biochemist Arieh Warshel this year. The Nobel Prize laureate professor, who has been working with researchers at UD for years, will receive the award from rector Zoltán Szilvássy on Friday.

Arieh Warshel is the first researcher to receive the University of Debrecen Science Impact Award (uDEsia) from the Senate of the University of Debrecen. The award can be granted to a scientist who has already won a Nobel Prize or a similar recognition, has worked closely with UD, and is prepared to be member of the Scientific Advisory Board of UD with a view to raising the level of scientific activities carried out at the university.

The Israeli-American biochemist is member of the National Academy of Sciences (US) and the Royal Society of Chemistry (UK), and holds an honorary doctor title at Uppsala University (Sweden). The professor of chemistry and biochemistry runs research programmes at the University of Southern California. Earlier he also carried out research at Harvard University, at the Weizmann Institute of Science and at the Molecular Biology Laboratory in Cambridge.

In 2013 he received one of the most prestigeous scientific awards, the Nobel Prize, together with Martin Karplus and Michael Levit, for the development of a computer model for chemical and biochemical molecular systems. The three researchers have made a more complex computer-aided design of chemical reactions possible, which is no less important for chemistry than traditional experiments today. For example, this is how molecules that will be the subjects of further, more detailed studies are selected from thousands of drug candidates. 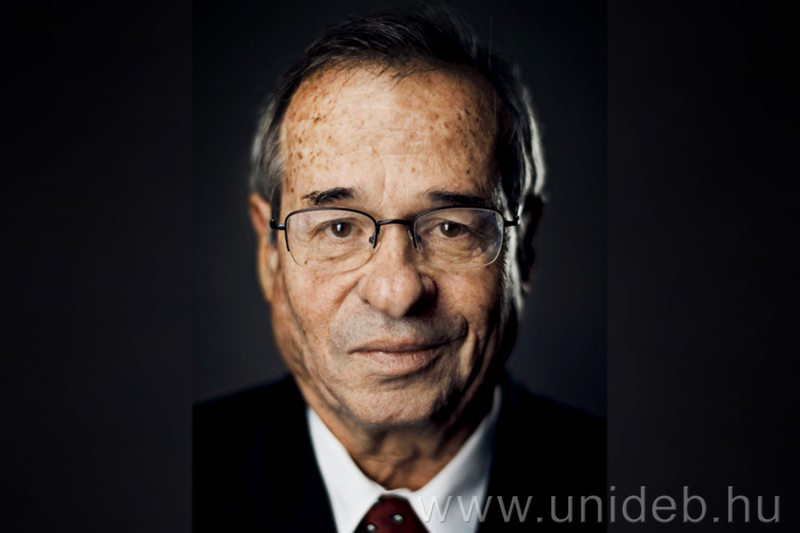 In addition to further improving the model, he also runs research programmes with his working group in other areas like enzyme catalysis, protein folding, the electrostatic characteristics of molecules, and the features of chemical reactions in various solutions. The renowned scientist has been working with Mónika Fuxreiter, who is a lecturer and head of working group at the Department of Biochemistry and Molecular Biology of UD, on the understanding of enzymatic catalysis for over 20 years.

- We find it very important and humbling that Professor Arieh Warshel has been involved in joint research with scientists working at UD. The objective of their  work is to find a way to produce artificially designed protein molecules that are similar to the thousands of natural enzymes, but are able to accelerate biological processes very efficiently – explained vice rector József Tőzsér.

The Nobel Prize laureate scientist will receive the uDEsia award from rector Zoltán Szilvássy on 29 March, Friday, 10 a.m. as a recognition of his achievements in the field of science. Professor Warshel will also give a lecture at the event in the Main Building entitled Multiscale Modelling in Biology. One day earlier, on 28 March at 4 p.m. he will also give a public lecture with the title Understanding Enzymatic Catalysis to medical students of UD.